So I realized that I hadn’t had a current obsession lately and I’ve realized it was because I haven’t really been myself. I bought a lot of turbans because I loved them but also because I couldn’t buy clothes at the time and my house is already decorated, so when I wanted something new, I bought turbans.

I’m the type of person that always has a thing; one minute, I’m crazy about perfumes (well it’s longer than a minute. We’ll say season) One season, it’ll be makeup, the next turbans, after that jewelry, then shoes…and so on. But I noticed that it hasn’t been clothes in a while. I realized that even though I was larger than I would’ve liked, I hadn’t been inspired. It wasn’t so much that the current trends bored me but they seem to be overly skimpy and I felt you almost need a near perfect body to pull it off but because my weight fluctuated I hadn’t even thought of how much I love fashion and how easily I abandoned it. So I started researching the current trends and looking at trendy YouTubers for inspiration and here’s what I found:

People might debate me on this and in some circles it might be even controversial but I’m gonna say it anyway…Everyone is crediting Kim K with a look that isn’t her own… It’s KANYE’S!!! This man is a genius (a mad genius but a genius none the less) and he doesn’t get enough credit. 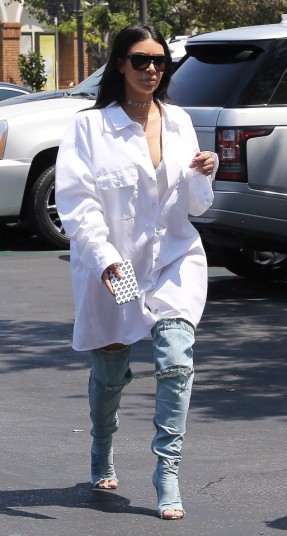 Kim now wears a more urban, edgy, lux look. She (He) mixes sportswear with her signature sexy ensembles but you can tell he polishes and refines it. 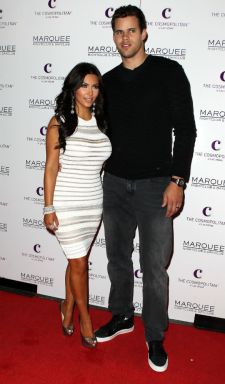 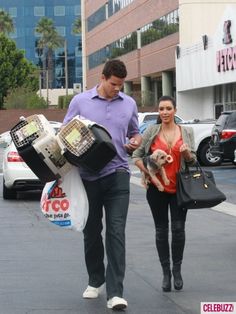 In the past, she definitely wore more simple, cheaper looking (we know it’s not cheap) but still body conscious looks.

The point I’m making is you have to give credit where credit is due. Kanye elevated her fashion game. I believe the jury is still out if she has successfully made it her own. While she was Kim Kardashian all on her own, he made her a fashionable force to be reckoned with.

I must admit this is not my style at all, I’m not into the figure hugging, chest bearing, see thru everyday #BarelyThereEdgy thing she has going on; while I do really like pieces, like the boots and jackets. All the trends together is a little too much for me.

My style icons are Solange and Tracee Ellis Ross (to name a few) for reference, more quirky, graphic and sometimes whimsical lux.  Perhaps if I  had the curves she had, I would attempt it but I would honestly have nowhere to wear “nothing” to.

I’m not trying to be harsh or overly critical but there is a naked, homeless (holey, oversized pieces) element to his aesthetic. So how is that genius, you ask? I define it as being able to mix all of these fashion genres together seamlessly; mixing contrasting concepts successfully. (Homeless vs Lux vs Sporty vs Minimalist vs Undergarments)

With that being said, Mr. West, hats off to your genius, sir! Even Amber Rose was once quoted saying “Whose favorite color is beige?” It’s his and he has everyone and their momma loving the neutral, monochromatic look because of it. You can see his influence all throughout, not only her wardrobe, but through this past year’s trends as a whole.

He’s  known to candidly speak about the fashion industry that has embraced him as a celebrity but not necessarily as the designer and creative visionary he is and although he has made strides, his sights are set on receiving respect and accolades from fashion industry royalty. Until then, I will continue to admire as he single-handedly caused the lady with the curvy body and bad reputation to go from reality star to Vogue magazine. Please keep in mind, curvy body types aren’t typically celebrated in high fashion-that’s huge!!! So despite how we may feel about his mental state or his wife in any state, he has broken barriers. Plus you have to be a little different to inspire change. 😉

I know this post is a little different for me but I hope you liked it.