“I changed when I changed my thoughts about my time.”

Don’t get me wrong, if you look at my life on the outside, it looks like complete chaos but in that moment, at my vanity, the revelation flooded my mind, “I asked for this.” Excuse me? I literally looked around the room as if someone else uttered those words. I never asked for time specifically, at least I don’t remember. In fact, by the time of the chaos, If I had asked, I completely forgot and because I forgot, I allowed myself to feel grief, hurt, betrayal and a sense of abandonment because everything was coming at me, seemingly all at once, one thing or let down after another. I had no idea that I had indeed asked for this gift wrapped mess. Then it hit me, Eureka!! I asked for it every time I asked God to have His way. When I stopped being upset with the external situations, I realized that I had shifted…Then there was another utterance, “Time is not money!!!” (That was my Eureka!! moment)

Learn from me, for a little over a year, I’ve been hustling (working 2 jobs working from 6am-9pm). I’m sure one day I had a casual heart to heart with God and expressed how great it would be to have time freedom; not money, cars, clothes or any materialistic thing but just my time…I often think of what I did before I had this part time job. How did I use my time? I talked on the phone a lot, watched TV, cooked, possibly worked out and even cleaned but I had no vision then. I will forever be grateful for this year because in this chaos, my passion was consummated. Sometimes you don’t know you that you are pregnant with purpose until you experience the stretching.

Even in this spring season, flowers are beginning to bloom, but in the winter they are seemingly dead. That’s my life in a nutshell, at this exact moment; it seems like I’m losing but even in the winter season, things are happening. In fact, there’s even more activity. In the spring, you see the beginning of the manifestation of what was really was going on behind the scenes during the winter. I’m coming into my spring season and I didn’t know it. I thought there was nothing happening for me, that I was on the verge of losing everything I had worked so hard for.

God cares for me so much that He heard me and He got involved. As a friend describes it, “God can be like a bull in a China shop” but it’s your shop (life) and its personal…and although you know there’s something more for you, we become complacent and we make the best out of bad situations. We make it pretty; decorating cubicles we know we aren’t supposed to be sitting at, we stay in relationships that aren’t good for us…etc. All along, there’s a yearning for something more and we still stay, wasting our lives, putting new inventory in our china shops…and then, we have a casual conversation with God and think, “Okay, I got it off my chest.” He doesn’t show up right away; Oh, but when He does…it’s usually when you got extra creative with your display, dusted and put out the newest fine china. (making the best out of our bad situations) That’s when, He levels the place; broken glass everywhere and often times you have to clean it up. A lot of times, it feels like a personal attack because it is! It’s designed to do that. It’s designed to be emotionally upsetting so that it can motivate us to do something about it; otherwise, we keep getting more and more creative in our settling, we aren’t ever really satisfied and we wind up exchanging wages for our wasted time.

A good visual of this is the Karate Kid, Daniel wanted to learn martial arts because he was getting picked on and somehow, he meets Mr. Miyagi, a very unassuming, older gentleman. Mr. Miyagi teaches him the foundation principle of “wax on, wax off.”  Daniel quickly becomes irritated, thinking Mr. Miyagi is wasting his time. Still, Mr. Miyagi insisted that he stick with “wax on, wax off.” What Daniel didn’t know was that he was learning the basic defensive moves that were training him to not only be a champion in the ring but in life. Valuable lessons are learned when we stay the course to master the basics (time well spent). Daniel thought he was being punished by doing the same moves over and over again, in extreme conditions, but when he was in battle he remembered his practice which had become second nature.

Good visual or what? Let me break it down: We are Daniel and we are getting bullied in life and we settle until we ask for intervention (conscious or unconsciously). We are then put in “unbearable” situations where it seems as though life is beating us down. (Daniel in the battle, Bull breaking glass in China shop, Winter season) Until we realize who we really are in the midst which causes us to realize that we were only equipped to handle everything because we mastered invaluable skills during those tough times. That’s what it’s talking about in the Bible when it says,

Not only that, but we rejoice in our sufferings, knowing that suffering produces endurance, and endurance produces character, and character produces hope, and hope does not put us to shame, because God’s love has been poured into our hearts through the Holy Spirit who has been given to us. (Romans 5:3-5)

It’s easy to want to call a cleaning crew once the bull destroys our china but it’s our store and our responsibility. We learn the most valuable lessons when we stay the course. So, in His timing, when I forgot about my prayer, He entered my comfort zone and wrecked it and I either thought I was being punished or I thought the enemy was running a muck. Not at all, He loved me and He loves you enough to honor our requests! Without knowing it, I requested time freedom… 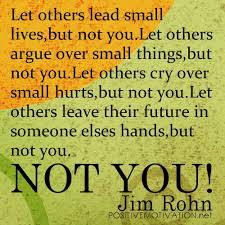 If you are new here, you might be a little confused. So let me give you a crash course. After nearly a decade, June 30th will be my last day at my full time job. (That was a little misleading, I’ve been laid off two other times in this ten year period.) I’m not a Consultant but I work for a consulting company so it’s the culture. I was told initially that our contract was being extended 5 more years and then they pretty much backed out of the already signed contract. Little did I know, that there was a backdoor to the contract, so they didn’t have to hold up to their end of the bargain.

I know some people would think I’m lucky because I was given months to get myself together but that’s when my winter season started. God came into my situation, crashing the mindset that told me to find another job. There was and still is an internal battle, for the first time, I have no desire to spend my time trading my time for money based off of a value I didn’t set and it’s showing up in my results. Anyway, I’ve still been looking for work, despite my better judgement and haven’t had much luck, which is a first for me. Now I get this new revelation…Money is not Time! Money does not equal it and shouldn’t be traded for it. Your and my time is the most valuable commodity we have and under no circumstances should it be traded for something that can be spent so frivolously, as money. Understand, what I’m saying here, it is possible to make great money and have time freedom and not wear your body, mind and spirit out working to building someone else empire for pennies.

Ultimately, I have to take 100% responsibility, those doors closed because I asked for them to be closed (I’m still asking God to have HIS way). In fact, our words are so powerful that my unintentional prayer could’ve caused other people to be in the same position. Words have power! (that’s a separate conversation) There was never gonna be the right time and the china shop was never going to turn into my destiny or purpose. The destroying of it had to happen if I was ever gonna break out into fulfillment.

It’s time for all of us to stop laying permanent foundations in temporary zip codes and getting mad that our property has been disturbed. I was never supposed to build, eat or live there, I was supposed to glean and move on. My advice to you and myself going forward, would be to get to work on getting your time back. It directly affects who you believe you are, what you believe you can do, who you serve, how you value them and yourself and what you believe you deserve. Please do me a favor and apply this advice to all areas of your life. If God isn’t pushing you to stop trading dollars for hours, then at least heed to not putting permanent foundations in temporary zip codes, it will save you tears and frustration in the long run.