How are you all doing? I just wanted to say thank you to everyone who has realized how awesome it is to be ‘Peculiar’ by subscribing to this part of the internet. Thank you so much! You don’t know how much it means that I’m able to really say what’s on my heart, no holds barred and it resonated with you somehow. I pray that this blog increases you tremendously and that you will feel led to interact. I created this to be a community, to be a support system for those who were trying to find their way to abundance, whatever that means for you. What you have to say is so important and can be the key to unlocking someone else’s destiny. Now on to today’s word…The word of the day, not today exactly because I’m running behind but you get it. The word we’ll be talking about today is ‘Fill’; not to be confused with ‘Feel’.

I think there’s several ways to fill. Obviously the most common is to occupy a space to capacity but you can also fill by just adding a small contribution. It really depends on what was already there and how far it is from capacity. I think we typically assume that  it means to take something that was lacking or empty and top it off to full or even, the act of taking something from non existent and causing it to flourish. To fill doesn’t mean it’s overflowing either. Do you think there’s ever a time where this is negative? Again, inherently we assume that when something is changing from nothing to something, it’s positive but what if I say that an incident caused someone to be filled with rage or terror 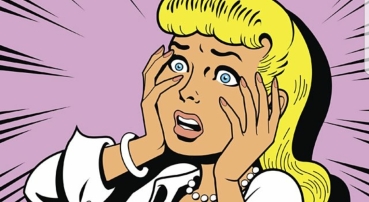 ? So we see that, it’s neither positive or negative; that’s determined by the substance in which the object is filled. So, context matters a lot just as in most cases.  I know that was kinda boring but I’m going somewhere with this…

In terms of Elul how does this relate? This month I received revelation that was so simple and yet so profound and it is…to remember to see the glass half full. We have a tendency to speak what we see and even though we know that the Word says that we should walk by faith and not by sight, it takes effort to train yourself to do this. I realized that as I began to really focus on changing my speech, opportunities (if you could really call it that) would come up for me to complain, testing my intention. So I started making an effort to literally say out loud when those events would arise, “I choose to see the glass half full and not half empty.” It instantly changed my perspective for the better. Instead of being full of lack, I filled my subconscious with gratefulness for what I did have, thankfulness for where I was, where I was going, in awe of what God was doing and for who He was. This happened this month! Not years ago, this month. When the King was in the field, I had quite a few opportunities to complain or to filled with depression but I had to choose fulfillment.

I believe that me filling myself with positivity causes the Holy Spirit to be full in me. If something happens that I don’t like, I don’t lie to myself and merely say the opposite of what I’m experiencing. It’s a good start but in the end you just end up either looking crazy or looking like a liar. I stopped that. If I didn’t believe in what I was saying, I stopped saying it. There sometimes is pressure to speak what you want to see into the atmosphere but we gotta be real. Do we really want that or does it just sound good or would it just look good if we had it? I want a husband but if I walk around saying I’m married then I look like an idiot to those who don’t understand what I’m doing. Eventually, you realize you’ve just been saying your married and nothing has changed besides you really wanting it even more than you did before. Before long, you’re depressed because after all you positioned yourself for breakthrough. Been there done that, got a tee shirt, matching pants, the hat and some slides. You say it and even to some extent believe it but there’s still no one there. You go out and no one even looks in your direction but everyone swears that you got a basketball team on your line and it’s really looking more like the Sahara, trust me I know.

I just don’t say what I don’t want to see anymore and I don’t say what I want to see much anymore. I’ll make the initial request, I will pray on it and when opposition comes, I replace everything with “God is faithful.” I don’t have to repeat my petition over and over again. Jesus was a Jew, they have great memories (you would too if you had to remember whole books of the Bible) and He’s not deaf. I told Him and I can trust that He heard me. So my strategy is to now take me and my situation out of the equation all together and focus on who He is and what He said He will do.

I wish I had this strategy years ago because I know I’m planting the best seeds by reminding the opposition whether it be doubt, fear or even the enemy himself  who He is and of my great relationship with the Father. I’m also reminding myself that He will do what He said He would, that He doesn’t forget me and how important I am to Him. I am in covenant relationship with the Father.

We spoke about speech in a recent post, and how much it affects us but it’s not just what others are saying it’s what we say about ourselves as well. It fills you. I’m very careful how I put my mouth on folk and I’m working on taking the words “always” and “never” out of my vocabulary because nothing ever happens always (but God) or never. In the wrong context those words can be very dangerous and come off as accusatory. This is also one of the reasons why I’m constantly looking up what words mean. Words are the foundation of everything so we must be careful to fill our vocabulary with positive words, so that we can fill our minds and hearts with positivity that will cause it to spread to the masses.

Rip your heart into pieces (full of sorrow) and not your clothes.” Return to the Lord your God (repent), for He is full of loving-kindness and loving-pity. He is slow to anger, full of love, and ready to keep His punishment from you.-Joel 2:13

There are time where we must divest ourselves of everything so that we can have a fresh filling of the Lord. We are like wineskins in that way. New wineskins have to be filled with new wine to allow for expansion. If you put new wine in old wineskins, it will burst because once it initially contracted when it was a new wineskin it gets hard and is unable to further expand. We are so often running on empty, expecting the best of life and have nothing to give. Stop put old wine into new wineskins because God is doing something new! Remove the old thinking, remove the complaints , remove negativity, remove lack, remove negative confession and excuses, remove the “I don’t feel like it” to “what can I do for it to be better.”

Lord, we release whatever that was in our hands, whatever unrealized dreams or plans, whatever relationships that aren’t adding and multiplying but only subtracting and dividing, we remove them as an act of our will. Lord, we know the key to this is putting voice to our word and following it up with action. We can’t want more of you and not pursue you. Let our word be made valuable again so that we might have integrity. Like Joshua with the Gibeonites, he entered into a treaty and even though it was under false pretenses, he honored it because he gave his word. Let me be as faithful as Joshua. I know it’s important to seek you, which is where Joshua failed but we must remember that we can’t stay on our knees either. We must seek you and do what we know to do. Give us wisdom and discernment, O Lord. We feel the shift, you have moved and we have resolved in our hearts that we will move in sync with you. Therefore, Your new wine will be in new wineskins. We release the old now, in the name of Jesus. Amen. 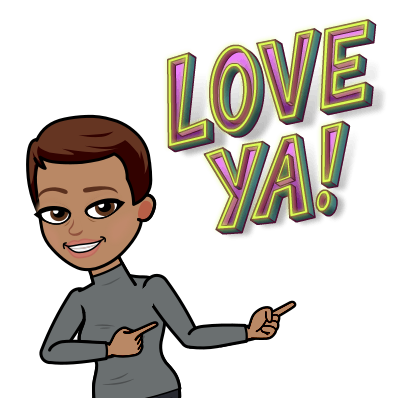