So today’s word is Hope. Easy enough, right? But not really. What truly is hope? It’s used so much that’s it’s lost its meaning for me. I guess it’s a wish but wishes don’t mean anything, they aren’t tangible and when they are tangible, they tend to be meaningless. I can wish for something and get it and I’m on to the next without a thought. But to hope, what does it really mean? I almost feel bad because it’s truly how I feel but I want it or the idea that I have about it to be more than what I perceive.

*Disclaimer- I’m not writing this to be disrespectful. I’m writing this to wake us up. This isn’t specific to Vegas. It can literally happen anywhere. I wanna know what role does hope play when these real life situations come at us. Does it have a place?

Take this tragedy that happened in Vegas this past Sunday, those people hoped to see a performance and to enjoy themselves. They hoped to make it home and to prepare for Monday morning traffic. They hoped that they studied enough for their exam or their favorite pair of jeans were clean but they didn’t expect that during the Jason Aldean set that their lives would forever be changed. They definitely didn’t expect that 2 hours from the first shot was heard, 59 people would’ve lost their lives and 529 more would be injured due to senseless violence, which has been called the deadliest attack ever.

Those people hoped to graduate, to begin careers, buy homes and cars, marry the love of their lives, have children, see their children get married, become grandparents or just to feel the embrace of their loved ones. They hoped for better and got destruction. They didn’t deserve to die like that but those hopes didn’t keep them safe. I am not trying to be callous but these are the facts. Someone, possessed or not, decided to equip themselves with guns, open a window and spray the crowd with ammunition, not caring about who these people were, the ripple effect of their lost would cause or what hopes they may had been clinging on to. I’m sure many of their last hopes were to live to see another day to change those hopes into accomplishments. Don’t let this be another tragedy that comes and goes in vain, allow their lives to mean something, grab onto their hopes and let it fuel yours.

I’m sending my love, thoughts and prayers to all of those affected by this terrorist attack. I pray for you to be comforted. I pray that you feel the love and concern for you and your loved ones. I pray that the slain lived their best lives and that their legacies are brilliant, shining examples for us all to love and live more intensely. I pray for your strength and send angels to minister to your broken spirit. I cast down regret and loneliness and declare healing, love, and overwhelming support to those affected all over the world by any devastation. In the name of Jesus, Amen.

As for everyone else, looking from the outside in, I don’t know if we’ll ever have the whole story of what happened but we hope that love abides. We hope that America can really be great again.  We hope that there’s enough light in this world to dispel some of this darkness we’ve endured. We’ve seen so much back to back devastation in the last few months it’s easy to lose hope, whether it be earthquake, hurricane or terrorism. The only answer I have is love. It’s easy to focus on the terror, fear and desperation. In these times, where do you find hope if it’s but a wish? It has to be more than a wish. It has to be action. It has to be endurance and a will to move beyond. It has to be a motivation and a call to arms. If the latter is hope, we truly have nothing without hope.

For in this hope we were saved. Now hope that is seen is not hope. For who hopes for what he sees? But if we hope for what we do not see, we wait for it with patience.- Romans 8:24-25

According to Romans 8:24-25, what we’ve called hope in the past isn’t hope because we’ve hoped for what was seen. Therefore, I will wait in patience because what we’ve seen is hate but my hope is rooted in love.

In love I hope, for you endurance, 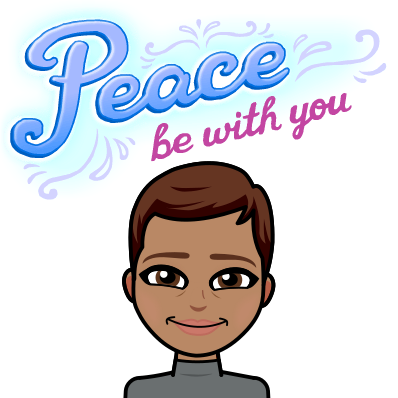