Today’s word is Change. Change is to make or become different. From what I know about it is it’s the only thing in the world that’s constant. What I’ve found is that you either embrace it or not, either way it doesn’t stop it from happening. When it’s embraced, you grow and when it’s not, adjustments are typically necessary and usually costly.

In my youth, change was horrible. Change was usually something that spilled out of a friend’s mouth when you unknowingly outgrew them. It was negative and even though you didn’t choose to become different, you had and you had to deal with it. It seems like I was always behind the 8 ball with change then. I had no control. Always trying to find comfort, I tried my hardest to find something familiar so that I could ease into situations and just as I would, something else would change.

For along time I didn’t know who I was or what I wanted because I was so focused on my comfort in an environment that was constantly changing. It wasn’t until I matured a bit that I realized that change is and was a blessing. Change is another chance and once my perspective changed, everything around me was affected. It wasn’t until I embraced it that change moved bad people out of my life on their own. I had didn’t have to explain, we didn’t have to fight or argue, they left on their own and I became okay with it; even to the point where I expected it. Enough friends left me that I was able to let new ones know upfront that I would like them to stay be if they left it would be cool. That was freeing to me; that I could still be totally me, not nasty or stoop to anyone’s level and at the same time could be upfront and honest about my feelings. I could still pursue relationships and operate as I had but I wasn’t gonna imprison them. “If you wanna be here, be here and if you don’t, I will kindly escort you to the door with well wishes.” I assumed with that freedom came communication, it didn’t; which is puzzling to me till this day. In my mind, if a relationship isn’t working…say something. It could possibly be repaired or at least the parties could part on good terms but to escape like a thief in the night, is whack.

Something else I like about change is that wherever it lands, if it’s a good fit, it’ll remain until something more convincing opposes the perspective. My theory on relationships remains but if there’s another way of doing things more effectively those new ideas are adopted.

Another tactic I’ve used to help embrace change is to not wait on an outside influence to occur. If I want to do something that’s completely different than status quo, I do it. Not only do I do it, but I push myself to do it. It’s not always that I’m fearless but I challenge myself to do it afraid. The outcome has been amazing for me.

When I started my locs, folk had opinions, but not only did I started them but had them for years. When I decided to cut them, I cut them without caring about backlash. Yes, I had to deal with it but I grew. Since then, I’ve changed my hair pretty much every other week. When I colored my hair pink, again banter began but I grew. Something as trivial as hair taught me lessons. It taught me that everyone won’t embrace my change but to myself I must be true. It taught me that what can seem like everything is really just minutiae. It reaffirmed by favorite scripture that says that man looks on the outside but God looks at the heart. It showed me that a lot of people walking around with a tattoo of “Only God can Judge Me” are very willing to judge others. It put a lot of outside things into perspective and helped me to question if I really liked my insides. If what is found on the inside of me was as easily judged as the outside, how would I fare? Would I be more attractive or less?

But the most amazing thing is that we have the choice to change. Unfortunately, we can get so caught up in the approval of others that we never step out of the boxes they’ve placed us in or that we ourselves placed us in. If they like it, that’s where they want us to stay. If we like it, that’s often times where we intend to stay until change forces you to do something different. Why not become the change? Why not be more without the pressure?

I stayed on a lackluster job until change made me move. I stayed in relationships, friendships, situationships, homes, cars, wore clothes, consumed foods and entertainment that wasn’t for me out of fear that I wouldn’t be accepted, until something changed and I had no other choice. What kind of a life is that? It’s never growing. It’s a life full of obligation. It’s a dead kind of a life but it was comfortable. It really wasn’t until I was faced with my own mortality did I realize that that life wouldn’t be enough for me. I thought of myself at the pearly gates and I was being asked about my life. Had I done all I knew I could. Was my life a gift or a burden? I learned that I could become more, I didn’t have to be forced but I could willingly assess and gauge where I was and who I wanted to be to figure out a strategy of how to occupy what I wanted to become. I am the change I want to see in the world because I’ve asked myself those questions and have been willing to take the steps to not only learn but to put into practice the things that will bring me to my desired destination…it’s still a struggle to avoid comfort but I’m up for the challenge. Are you?

Tell me about a time when you became the change you wanted to see?  How did you approach it? Do you welcome the change or do you avoid it? 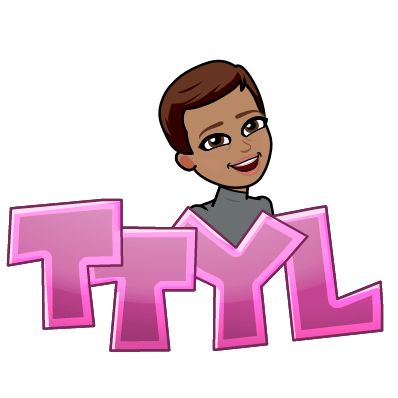