So I was driving down the street today and I saw this woman with leggings and her shirt tied in a knot like a crop top. I didn’t see her for long but long enough to notice that her butt was hugemongous (yep, it’s a made up word-huge and humongous). I’m not a hater but I remember a time when girls who had big butts made sure it was covered. I guess they were more modest then. I’m not saying whether that’s a good thing or a bad thing, but as woman we can sometimes feel like, “…as soon as my shape is right”, or “as soon as my money is right”, etc…that’s when we’ll be ready to handle our business. But that’s negative self talk because now more than ever before, I’m seeing people with amazing shapes and I’m hearing of more people entering entrepreneurship more than any other time, so my question is are we any better than we were before? Are we happier or more fulfilled? Now that we have those things, I would assume so. Those very things that kept us from pushing forward now seem to be eliminated. So what is holding us back from achieving the goals we said we wanted? Are we really any better off?

I’m not naïve to believe that other issues haven’t popped up in their absence but when I consider the things that would need to happen for me to feel “empowered” I see how immature I was. A huge ass solves nothing, in fact, it may bring more problems, with a lot of unwanted attention. I’m not saying there’s anything wrong with it whether it’s natural or not, what I am saying is for me to think that it would motivate me to do and be and talk to whoever I wanted to but didn’t have the guts is fascinating to me. How stupid I was. Bottom line, it’s just another excuse to do nothing. I could argue that we may be afraid of rejection but the thing about rejection is you never know until you try and if you get rejected so what…there’s more than one way to skin a cat. (at least that’s what I been told)

What do you think? Have you ever had limiting beliefs like “If only I was prettier, skinnier, had more booty, better clothes, more money then I would be _______________.” Have you ever experienced receiving those things and still there was something else to blame for why you still didn’t have ___________________? I’m guilty of both. This talk is merely an excuse dressed up as a distraction. This is talk that blames something else without taking full responsibility of the end result that we say we want. I challenge us, nope, not just you…I’m included in this probably more than you…us, we are challenged to find these distractions and commit to figuring out a way to get around it to achieve the desired outcome.

For example, if there was a guy that I liked but I made the excuse that I couldn’t talk to him because of whatever reason, which is ultimately fear, to confront it face to face and defeat it by talking to him anyway. It doesn’t have to be a relationship, it can be a job or taking action in your business. Bottomline, find the issue, identify your excuse and the root of it and do the action necessary to get the desired result. If you decide to take the challenge, let me know below. I’d love to know and just encourage you through the process. 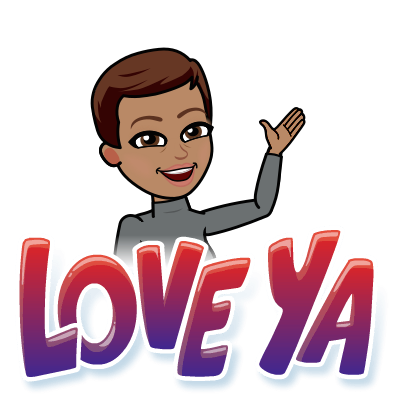 4 thoughts on “Are We Any Better?”