How did you guys like last week’s topic, Don’t Worry? I don’t know about you but it really ministered to me. I kept pondering on it all week. When I was tempted to stress out about finances or even keeping my word about the goals that I’ve placed for myself, I remembered Philippians 4:6-7. Specifically, taking the time to make sure I’ve gone to God in the prescribed way that He laid out in that scripture, pray about everything, tell Him what I need and then thank Him for it.

So here’s this week’s topic: Nothing Is Impossible

At the usual time for offering the evening sacrifice, Elijah the prophet walked up to the altar and prayed, “O Lord, God of Abraham, Isaac, and Jacob,[f] prove today that you are God in Israel and that I am your servant. Prove that I have done all this at your command. O Lord, answer me! Answer me so these people will know that you, O Lord, are God and that you have brought them back to yourself.” 1 Kings 18:36-37

Amen! Elijah wanted God to send down fire on a soaking wet alter to show non-believers that He’s real. Talk about the impossible, right? Let’s read further to see what happened…

Immediately the fire of the Lord flashed down from heaven and burned up the young bull, the wood, the stones, and the dust. It even licked up all the water in the trench! And when all the people saw it, they fell face down on the ground and cried out, “The Lord—he is God! Yes, the Lord is God!” Then Elijah commanded, “Seize all the prophets of Baal. Don’t let a single one escape!” So the people seized them all, and Elijah took them down to the Kishon Valley and killed them there.- 1 Kings 18:38-40

Before we discuss this let’s look at the backstory…

Elijah was directed by the Lord to meet with Ahab during the 3rd year of a severe drought and was told to tell Ahab that the rain was soon to come but king Ahab no longer obeyed the Lord and had begun to worship Baal. Unfortunately, however, when the leaders tend to waiver so do the inhabitants. So, to make a long story short, Ahab met Elijah and was told to summon all of Israel to meet at Mount Carmel, along with the 450 prophets of Baal and the 400 prophets of Asherah who was supported by Jezebel. Elijah called them out. He told the inhabitants and all that were present if the Lord is the Lord, then serve Him and if not He’s not, then don’t but warned them all not to be double minded.

So they squared off. The prophets of Baal offered sacrifices on their alter from morning until noontime and Baal never showed up. Elijah then rededicated the altar to the Lord with stones, dug a trench around it, placed wood on the altar and pieces of the bull on the wood and then dumped 4 large containers of water on the altar 3 times, which not only caused the wood and the sacrifice to be soaked but it also caused the trench around the altar to fill. Mind you this is happening in a drought. We are caught up from here…

I would say that that situation put Elijah on the spot. Most people, believers and all, wouldn’t have had that kind of faith. Elijah didn’t just ask God to burn the pieces of bull and dry wood. No, He, by faith, asked for the impossible. There was no ego or reputation he was concerned about. He just wanted the people to see God.

The book (The Weekly Prayer Project) asks the reader to list seemingly impossible circumstances we need God to intervene in and times in the past when He worked out the impossible.

I’ll start with the past- Mine was heartbreak. I remember specifically saying while my heart was shattered that I didn’t know how I would ever smile again. While dramatic, it was honest. I knew what if felt like to love this person and I was so grateful for it but I never thought that it could end and when it did, I didn’t know how to function, not because this person did everything for me but because I was so wrapped up in it that I didn’t realize my whole life had been to make this person happy. I remember crying, soul aching crying. I did my thing for awhile. I started sleeping with an old boo and knew it wasn’t going to go anywhere and was cool with it at first. When it started to bother me, I somehow came to myself and went to God. I had heard that He knew me in my mother’s womb so I thought who better to remind me of myself and with no distraction in my way, I was His and He saved me…again.

Present- I would say walking in my purpose. I had a hard time with this. I could say my business but I can also say my romantic life (lack thereof).  I’ll go with dating…Not that I’m suppose to have a romantic life (I’ve celibate for years now) but I would like to date or be courted or something. It’s really dry over here (No pun intended). I was used to getting a lot of attention from guys (whether I would give them the time of day or not) and now it’s as if no one sees me. At first, I thought it was a good thing. I thought God was protecting me from whack joints but now it’s been a really long time since I’ve even had someone to look in my direction and I’m getting older. I have stepped outta my comfort zone and even tried to holla at a crush I had a couple of years ago. One day out of the blue, he hit me up and it was going well, until it wasn’t. He legit vanished and we were only talking on the phone at that point. I tried calling but he never answered. I figured he got back with his ex or maybe someone else panned out. It hurt my feelings, not gonna lie. Since then, crickets…but I’ve just tried to be content with what I have going on in my life and have focused on getting better everyday. I always knew God could handle this so I don’t whine about it but it is something that I think about often. I really didn’t know I felt like it was impossible until I started typing. Regardless, I know what is impossible to me is easily possible for God.

What about you? What situation seems impossible that you are facing? Don’t be shy to shed some light on it. If you are willing to share let me know in the comments and I’ll be sure to pray about your situation. 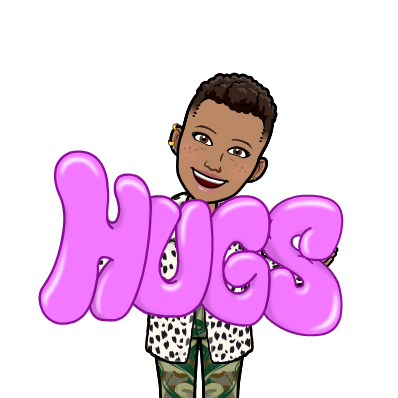