This was the one I missed from last week. Please forgive me for that. I meant to make it up over the weekend but had a very busy one. I had an interview, turned in my tags, had a planned girl’s sleepover, move some furniture around, church, dinner and a movie and just didn’t make it home in time and when I was home, I couldn’t keep my eyes open. So let’s jump right into it…

Years passed, and the king of Egypt died. But the Israelites continued to groan under their burden of slavery. They cried out for help, and their cry rose up to God. -Exodus 2:23

Even despite the busyness of the weekend, I looked at this scripture previously but there was so much I got out of it so let’s try to break this down…

YEARS PASSED…I got stuck here, Y.E.A.R.S. We are such a microwave society so to think that you had to wait for years until someone died is unfathomable but let’s be real, they probably didn’t know they were waiting until he died, especially not in slavery. When we have to wait for anything, we instantly feel abandoned when we don’t get the second we expect it but they not only had to wait but were enslaved while they waited. They most likely had no idea that they were waiting on him to die. I can see it now..

He would’ve been dead in 6 seconds.

On a more serious note,  I understand the groaning but I don’t understand why they continued to cry out to God. Using myself as an example, I’ve prayed to God for somethings but as I stated before in other posts, I thought by me constantly bring it before Him meant that I didn’t trust that He heard me or that maybe He didn’t care about me enough so I stopped. I would say things once and leave it there assuming that when it was His timing it would happen. But that’s totally false because as we saw in the other Weekly Prayer Project, Philippians 4 says to constantly bring it before Him. We are out of order when we do that because we stop the communication between us and Heaven because it didn’t rise to God.

But their petitions rose to God, why? When we withdraw from God it’s because of the condition of our heart toward Him but they drew closer to Him even though they had to live in slavery. Often times in the Bible, when Israel fell into slavery, it was only an outside or physical condition of the condition they were on the inside. They were already enslaved in their hearts and minds so He let them see how He saw them. I believe that that was when they were groaning but when they humbled themselves and returned to God in their hearts, they were able to see Him as the God that would deliver them and began to cry out for Him and He responded to His children.

From learning about the Hebrew culture, Jewish people know who and whose they are. They know they are the apple of God’s eye, they know they are His inheritance, they know they have His favor so no matter how far they’ve fallen, they know God is with them and that they can always return to Him. This is a knowing, that us, Westerners don’t know. Westerners often believe that when they’ve done something wrong that it’s too late, we must deal with the full measure of the consequences or God won’t hear from us. We think we love God, we think He loves us or at least hope that He loves us but they know. So I believe that because of this knowing, they eventually had a moment of clarity when they realized that instead of complaining that they must cry out for help by humbling themselves. When we withdraw from God it’s always because of the condition of our heart toward Him.

Moral of the story: Change your strategy but start with you heart.

What requests have you stopped taking to God? Did you stop taking them to Him because you were misinformed like me? Are you too prideful to begin laying them at His feet again?

Just because He doesn’t answer immediately doesn’t mean He hasn’t heard you. It may mean that outside circumstances have to line up before He comes to your aid, like the King dying or that you prolonged your rescue by stepping out of faith, or that opposition is attempting to cause a delay so that your resolve my waiver. Either way, keep your hand on the plow. If you really desire something constantly go to God about it and if it’s from Him, He will give you the desires of your heart if you faint not.

This week think about what you are believing God for and list them in the comments, I’d like to stand in agreement with you regarding those things and even if you don’t try bringing them to God again. 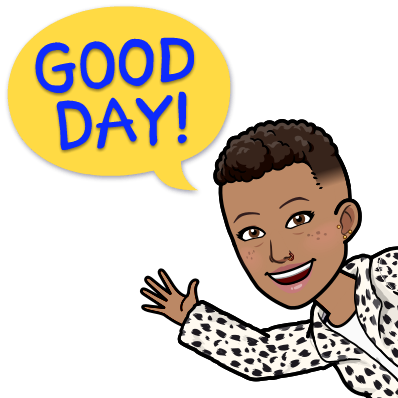 One thought on “Weekly Prayer Project- Week 4: Up To God”