As you all know, the Superbowl was on Sunday, February 04, 2018 and the Eagles won 41-33 against the Patriots. The Eagles were the underdog but they came out victorious for the first time.

the experience because they  are champions and reached the Super Bowl an astonishing 10 times to prove it, more than any other NFL franchise. The league’s’ golden boy, Tom Brady, whether you like him or not, was ever the champion when he said after his defeat, “I expect to be back. I don’t see why I wouldn’t be back. It’s tough to lose these games. You play to win and sometimes you lose. Disappointed. Wish we could have done a better job.”

I didn’t watch it but it did make me think of what makes a champion? I’m curious because what I do know is that it doesn’t matter if you lose, the loss doesn’t make a champion a failure, the loss doesn’t unchampion that champion (yes, I made up that word); endurance does. Endurance is one element though. In my research over and over again, I came across that concept that you constantly have to push past boundaries whether they are self inflicted or outside limitations.

Maybe you aren’t a sports fan and that’s cool you don’t have to be because we all are living life and we all want to know how to win at it. Life is not a spectator sport, it’s a contact sport. There is no practice before the real thing, you were born in the game on the field whether you are ready or not. There is a call to action; however, to succeed you there has to be intel. You have to know how to operate. Defense and offense must know the plays, they must know how to run the ball, the tactics of their opposition and the pitfalls to avoid. They must know the regulations or they will forfeit before they can begin to play. The greatest barrier to education is conviction prior to investigation. You can not learn life if you aren’t willing to put yourself in the game to educate yourself. Equip yourself with a gamebook.

Too often, we are stagnant because we don’t know what to do, what’s our purpose or how to do it but most of all, we aren’t willing to learn how to. We pay a lot of lip service, we talk about our desires in deep conversations that we know are fairy tales that are found in the “one day.” Champions study, yes, but they study to apply. Others use it as an excuse to prolong the inevitable, that they have no intention on doing what it takes to make one day a reality. We need both; we have to know the gamebook with our eyes closed and the application. Once you’re on the field, there are fouls and split decisions that must be made and you can only do that with the knowledge of the gamebook and the execution of it.

This is your life; your game to win or lose… 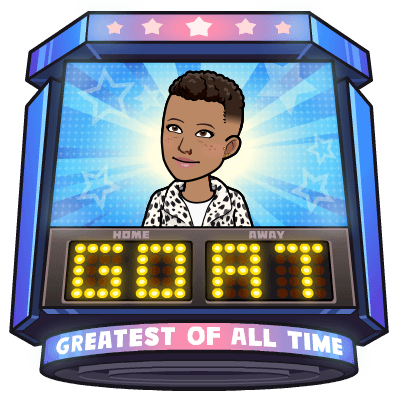