So, what you guys may not know about me is that I am in leadership in my congregation. I am a “deacon in training”, whatever that means. I honestly could care less about the title but what excites me is that I get an opportunity to be a conduit, to reconnect relationship between God and His people. I basically stand in when needed. A lot of times that comes into play when the actual deacons aren’t available to administer communion (we have communion every week…remember “As often as you do this…”) and praying over the tithes and offerings. More often than not, it’s usually just for communion.

It’s an honor. I have the opportunity to bring God’s people back into fellowship with Him. One intrical part of it is to allow the people to bow their hearts to God before partaking of His blood and body. Partly because, whatever happened that week that made them unworthy to take part in communing with Him, they have an opportunity to identify it and deal with it and also understand the weight of the situation.

So anyone who eats this bread or drinks this cup of the Lord unworthily is guilty of sinning against the body and blood of the Lord. That is why you should examine yourself before eating the bread and drinking the cup. For if you eat the bread or drink the cup without honoring the body of Christ, you are eating and drinking God’s judgment upon yourself. That is why many of you are weak and sick and some have even died. But if we would examine ourselves, we would not be judged by God in this way. Yet when we are judged by the Lord, we are being disciplined so that we will not be condemned along with the world. -1 Corinthians 11:27-32

A lot of times, we aren’t able to truly commune with God due to unforgiveness. We cannot be present with Him when we are busy holding someone hostage. That’s what unforgiveness is. It makes you responsible for tracking the person who offended you. While they are most likely not even thinking about you, you feel compelled to make sure 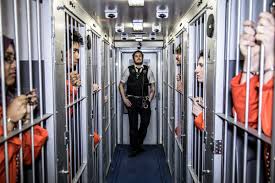 they aren’t enjoying life or you avail yourself so that you can be there for the rare chance they might apologize or you just want to inflict the same hurt that they did to you. None of that, advances you though. The issue is that you don’t see that until it’s too late. The damage that is done and valuable time, wasted. You stay in it far too long and the price paid is far too much. If someone has that much control over you, why would you allow it? A popular quote is ” Unforgiveness is like taking poison and expecting the other person to die.” Don’t do that to yourself. It’s sin and sin brings death.

We deserve to die for our crimes, but this man hasn’t done anything wrong.” Then he said, “Jesus, remember me when you come into your Kingdom.”And Jesus replied, “I assure you, today you will be with me in paradise.” -Luke 23:41-43 (NLT)

When Adam and Eve fell it affected their lineage and unfortunately, their lineage is us. We were born into sin but Jesus paid the price of sin which is death. Not only did He give Himself for us but He was also sold so He literally paid the price for our lives and when

we said “Yes” to Him, it was a contract that our lives would be exchanged. He faced the death that I deserved and I, in turn, got His life. The contract says that I’m not my own, so if He says unforgiveness isn’t an option, you have no right to hold on to it. The contract says many other things but let’s stay on track here.

Unforgiveness is not an option for those who have entered into that contract but we can’t be naive and act like folk always adhere to contract conditions. We do have a will, 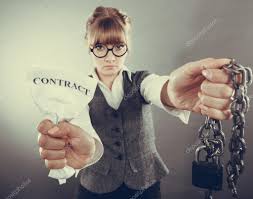 we are not a robots but just like any other contract you can operate outside of the boundaries of that contract if you choose; however, it doesn’t change that you are bound by law and will be held to those obligations. Ultimately, you are responsible and have to deal with whatever conditions or consequences that come along with breaking the contract. It is a legally binding document and you will be held to persecution of the fullest extent. Plenty of people, won’t choose God because they believe He’s trying to control them but the truth is something is always controlling us; whether it be our emotions, the weather, our friends, money, jobs, substances, our baes, whatever, but what’s the alternative? death? I’ll happily sign the contract for that deal. Are you kidding me? It’s a no brainer, I’m choosing life.

If you forgive those who sin against you, your heavenly Father will forgive you. But if you refuse to forgive others, your Father will not forgive your sins. -Matthew 6:14-15

Besides that, we are foolishly rude to think that we can tell the God of the universe, who wrote the contract that we willingly signed, that we aren’t going to adhere and be bold enough to not only ask, but expect and demand that He continues to bless us. Who are we to hold a grudge against our fellow man when the contract stated that our mission is to reconcile? Who do we think we are? So, not only are we wasting our lives, keeping these people in prison but sabotaging our relationships with everyone else and God.

I am not saying any of this to downplay what you or I have gone through. There are things that have happened to some of you that I could never imagine. Forgiveness doesn’t excuse them from what they did, it frees you. It takes incredible strength and power to walk away from the jail and never look back. It’s tempting to give into revenge but you have to decide who you wanna be. When you forgive, you give God open access to you and them and it’s uncomfortable. The best way I can describe it is the Matrix. You can choose to stay in the Matrix and go through life how you want (or so you think) but in reality being used, no life, just anger and blame, doing what most people feel is right. That’s the blue pill, a life of comfort. You don’t have to think. You just exist, day after day, month after month, year after year. You do what you are told and it’s all about you and it seems good but it only appears that way from the outside. Or you can choose, the red pill. The road less travelled and your eyes will be opened. It’s a much harder life but you will live in truth. You choose. 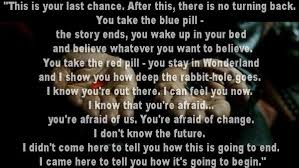 The real question at play is: What happens when you need to forgive yourself? How do you handle that? 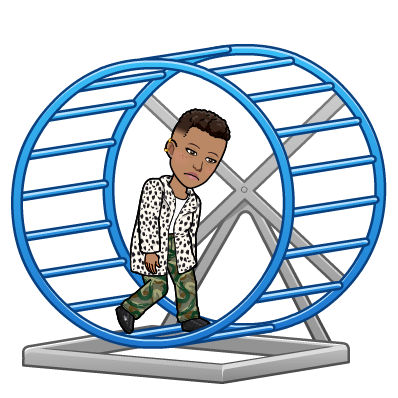 Get off the hampster wheel and forgive, forgive them and yourself. Beebz ❤