Not sure if you guys celebrate Valentine’s Day, but if you did I hope it was magical. I, as you may know, am single but ya girl has never been a hater. I love love. So this week’s topic definitely fits with this holiday.

How many of us are laying our requests before the Lord in the morning? Let’s be real, I just started and when I read this I was thanking God that I had been following my new schedule (I’ll talk to you about that more in my Weekly Assessment). So why in the morning and not in the afternoon or night? Not that the afternoon or night is insignificant because it’s not; we should always strive to be in His presence. Here specifically though, this phrase is repeated twice and I know God doesn’t make mistakes; it’s not a grammatical error so it must be important.

What’s the significance? I think the most obvious answer is simply First Things First and He deserves prominence above everything and everyone else. One of the reasons I began seeking Him in the morning was because of that but also because I wanted direction for my day and I was in search of intimacy. I knew I could get intimacy at night but I often find that when I’m tired, I’m falling asleep talking to Him and He deserves uninterrupted time and I have more of that in the mornings. I wanted to be reintroduced to Him on another level.

Maybe I’m wrong for this but I’ll say it anyway. I looked at it as I would a relationship or the courting of one. For example, if a man really wants to get to know me, not slide in my pants, He’s gonna attempt to communicate with me all times of the day, not just at night. If I’m dealing with someone and I haven’t heard from him all day and day after day all I get is a good night text, I’m gonna think he’s nuts. I can hear myself now, “He clearly has the wrong phone number.” But we do that to God. Day after day, night after night, a lot of times we’ll speak to Him once a day. He gets a one and done and that’s not right. Another point to be made is that tithing is important but tithing doesn’t just have to be money. If I have 24 hours in a day, 10% of that is 24 mins. So my thought was at the very least, I could intentionally set aside at least 24 minutes of concentrated time in His presence.

And I can set aside all this time and nothing comes from it, if I’m just doing it for form and fashion, if I’m not showing up ready to give of myself and/ or be honest with Him what’s the point? I’m not gonna fake, there’s things I’ve been coming to God about for years and at some point I grew tired of even hearing myself bring it up. I felt like “He’s not hard of hearing or forgetful. He knows this a desires of my heart and He knows it before I even utter a word so I’m just gonna shut up about it. If I keep bringing it up maybe it’s because I don’t believe that He could really do this for me. So I’m gonna lay low and watch Him work.” I thought I didn’t have faith if I kept badgering Him and I wanted a partner but I didn’t want to compromise just to say I had one or so that other people would leave me alone about it. So I stopped asking about it which led me to believe that it might not have been for me. So I decided to work on myself because I could control me and what I couldn’t control I’d let Him work in peace but the more I grew closer to Him, the more I’d find that He wanted to hear from me. He wanted to be reminded of His word sown in my life and He wanted me to expect it to happen to and for me.

So I’m just picking this back up. I’m just blowing the dust off of what I desired years and years ago. I was tired of getting prophesy after prophesy about it being close or telling me to get ready and then I would get excited for nothing. Honestly, I’m nervous picking this back up again. I was okay with my desire tucked away in a compartment on a wish list somewhere and me being too busy to be bothered. I learned to function well there. Now, I’m realizing that I have to go on a quest to figure out where I left the wish list and I’m not excited about it and I’m definitely not expecting anything from anyone. I’ve learned how to be good depending on me and it’s not that I’m some hard to deal with black woman (I hate that stigma). Far from it, I’m actually really easy to deal with, in fact, the last guy I gave a chance was a guy I knew for years. I had a huge crush on him, we would always flirt but we never really hung out which posed some awkwardness, to know someone but not know them at the same time. We hung out in the same circles but it just never popped off. Until he randomly called me and he was surprisingly cool. We immediately started talking and we both admitted that we liked where it was going until he just dropped off the face of the Earth and months later I’m witnessing him and his baby mother’s reunion on social media.

Talk about expectancy, I didn’t expect that but it happened. It’s not that I couldn’t understand but it was going well, I would’ve respected him more had he just said that it was a chance for his family to work but to leave me hanging like that? That wasn’t cool. So naw, I wasn’t expecting that but after that I shut down shop because I didn’t want to expect the unexpected anytime soon after that.

It’s been a year and some change since then and I feel totally different but exactly the same about the situation. Different in that, for a while I thought that somehow we would get another opportunity to try

and now I don’t care. Hold up, okay, I’m gangsta but not that gangsta, I care obviously but I’m not waiting for it like I was previously. If it happens cool, if it never does no love lost. What’s for me is for me. I can bypass it or miss it. I was never upset about it in terms of disbelief cause I get it but just disappointed that he didn’t at least let me know as a courtesy because we were so cool. He didn’t owe me anything but I just thought we were better than that.

Now, he’s no longer with the girl or so I think and I feel like that hope I previously held out for isn’t valid. I am content now and I believe that if I ever got with someone, I have 80% confidence that it will be someone new. Bottom line is this is that this was ultimately something I had to confront God with, it’s not so much about the guy but more so about an issue that I had with God. I didn’t trust Him with that because I would hear so much, get my hopes up and nothing. Then, I would revert into thinking that it was something I did or didn’t do and love bypassed me and I missed my moment…but not anymore. I’ve changed and instead of going after God’s hand to see who the next bachelor is, I decided to go after His heart so that I could learn to trust Him again, bachelor or not. 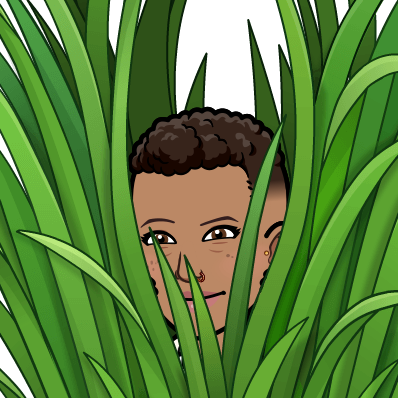