I had to do one thing this week and that was to refocus and if you read my previous post you’d know that that didn’t come right away. I finally was able to start feeling like myself again by Wednesday and everyday after that

got better and better. I even started waking up early again, reading, journaling and noting my gratefuls. I haven’t fully recovered but I’m definitely getting there.

Throughout this week, I really wanted to tap into my greatest fear and my recovery. I thought it might be helpful for you, if not, myself in the future. I wanted desperately for last week’s wind storm to blow in blessings and it seemed like it had done just the opposite but how many of us know that it’s darkest before dawn?

You should know by now I do nothing on the surface. You likely started following this blog or you will follow this blog (you know I gotta speak it into existence) because of my transparency. Hint, hint, clue, clue…that’s not gonna stop. So if you aren’t a fan of me spilling my guts you should probably visit my next post. Love you and have a blessed weekend. 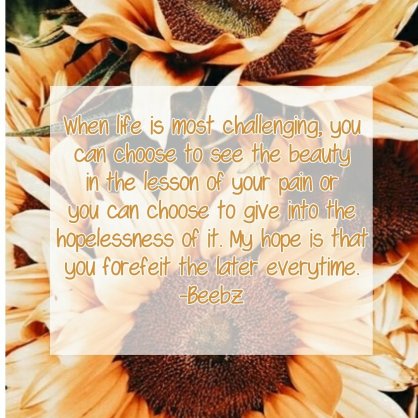 If you’re still here, then I guess you wanna hear about my epiphany. So here it is…out of everything that went down it really was the combination of everything but what hurt me most was the “ex” having a baby. My biggest draw back in relationships with men, whether it be romantic or any other, is that the ones I’ve previously attracted leave without notice; nothing goes wrong, we don’t have a falling out or anything. They just kinda up and disappear. This particular guy I really loved and I think he loved me back but it was a love on a different level. We weren’t in a relationship but we knew how we felt about each other. That level, was a non physical one. It was a Bible centered one but it was fun, not like how you would think it would be. I think that’s what made me fall so hard because it was so pure and wasn’t clouded by romanticising anything. We talked about moving to LA together, not living together, but going out there together but I got kicked out of my mom’s house, out the blue and I ended up buying my first piece of property, as a result. He then just up and told me one day that he was moving. He legit gave me a two week notice and then he was gone and everyone was like “Girl, he’s coming back for you.” “Watch he’s gonna send for you.” I think I hid that in my heart and buried it. I can also remember the day he left, asking my mom, “What happens if I don’t feel like this again?” I haven’t since. (that was my greatest fear btw)

Awhile after he left, guys would approach me but I would find myself saying I had a boyfriend and I realized I was holding on so I dealt with it, at least I thought I had. I think I was in shock when that baby’s picture popped up on me. I knew he wasn’t going as hard for God as he was in the past; I could tell on his social media. I also noticed that he had a couple of pics of a girl but as women we sometimes make excuses and tell ourselves that it’s temporary. Evidently, it’s not. The baby made it very permanent for me. Whatever I hid had to be addressed and it was addressed this week.

I did a lot of remembering to address it. I remembered who I am. I know what it’s like to be chased by a man. You don’t have to beg a man for attention if he wants to give it to you, not that I was begging but I was being the most patient woman on Earth. I think I thought if I just held on at some point he’d make it back home but I had to tell myself, “It’s been years, honey. LA is his home now.” I realize why I was so tired I had this piece of me out there on a limb for years hanging on. It was time for me to collect myself and once I made my mind up about that, everyday just got better and better.

So if I had to grade myself this week, I’d get a “Most Improved Student” award with a C. Life kicked my butt but I didn’t stay down long.

Get back to the things that serve me. I think it should be a bit easier now.

Let me know how you thought I did and if you think I deserve an C, maybe I deserve lower. I’d love some feedback. Also are you feeling these assessment posts? 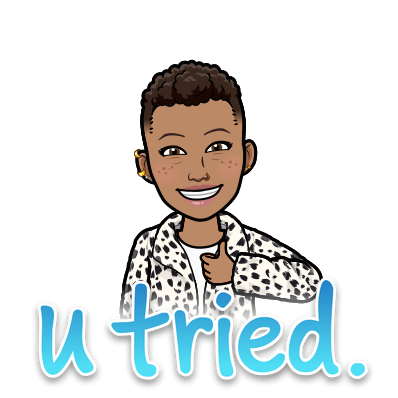