So I went on vacation…I went to the mountains with my personal development group. I needed to be re-energized and to be reconnected to the vision. The theme for the weekend was celebrate and yet my ah ha moment was when I celebrated someone’s testimony. As she shared, she was being so transparent and there wasn’t a single dry eye in the place. Afterward, I could feel that I was the first to get up to applaud her for her courage and relatability. Have you ever remembered a moment like that? Where everything slowed down and you can feel yourself doing something in that moment? I did, I literally felt myself rising to my feet almost as if I knew in advance that this would be something I needed to pay attention to. It was.

Before I tell you what happened in full detail, keep in mind this came to be from a simple question. Why are you here? This was asked of us a couple of times and every time would be different for me. Initially I wrote because I wanted to get unstuck. Then it was because it was offered on our last trip and I had a good time on the cruise and the previous cabin trip and I wanted to fellowship. I wanted to feel like I was doing something with my life besides going to work and coming home. Then my answer turned to probably the most honest answer of all…”I don’t know.” Yes, all were true but to be honest I wasn’t super excited about it days leading up to it, that was likely due to a snowstorm that happened Wednesday when we were slated to leave Thursday morning. Even while driving, there wasn’t any exhilarating conversations going on to get me hyped. It was as if I was on autopilot and getting away just to simply get away. Oh but when I got there, I was grateful. The atmosphere taught me more than you can believe.

The mountains, trees, clouds, did I say mountains? OMGee. It was a sight to see. It was as if everything at home melted away and you couldn’t help but to admire God’s creation. I spent a lot of time gazing by myself and I realized how every tree fit in perfectly with the skyline, how people threw trash on the forest’s floor but the trash didn’t affect the majesty of the mountains. In that moment you realize, small people look down in the midst of greatness…the average? They look forward, they see what’s in front of them. They see the mountain and the forest, all of its glory and it’s vastness. They see the road and are reminded of home but the great? The great look up. They look beyond the mountain, they wonder what’s on the other side. They see where the sky meets the skyline, they see the clouds. They look even higher to locate the moon and stars because that’s where they belong.

Guess what I realized? When I looked down and saw the trash, I tried to analyze it. I wondered why someone would throw it down there. I wondered what did they throw and how long it had been there? I was concerned about what was wrong with me and my life and I analyzed. When looking in front on me. I saw a wedding in the next cabin, I saw there cheers of young kids who saw it as well from another cabin, I saw the difference in the trees, the snow capped mountains in the distance. I wondered how far they were. I wondered where the people on the winding streets were off to. I was concerned about everyone else; what they were doing, what they thought. I wondered about the cost of greatness and how insurmountable it seemed to get there. Finally, when I looked beyond, the sun was setting. I sat out there the longest that time. I saw how the clouds settled against the mountains. I saw the sun setting with all of the glorious colors, I realized I couldn’t see anything or maybe I didn’t want to because all I could focus on was how the half moon was directly above my head. I then shifted me focus to the stars as they began to shine one by one. I tried to count them. I lost track and I thanked God for my dark seasons. I thanked him that I could no longer focus on the trash. What trash? You couldn’t see it. I thanked him that I mountain began to shrink in the distance in comparison to the moon which showed me that if I stayed focused I could not only get up the mountain but that I would be guided to success. I win in my darkest of times!

Getting back to the previous ah ha moment, I stood to applaud. I was the first to my feet and upon sitting back down was corrected. “Why would you applaud mess?” I instantly felt an inch tall. It challenged me to go back and ask myself why do I applaud mess. I honestly don’t know because I did it without thinking. Some people wouldn’t have counted that as a teachable moment but I did. It made me question what else am I applauding that was mess. I realized if that happened so easily then that means that I’m sending messages to people that would reinforce the behavior.

I know this is gonna sound like backwards day but try to go along with me…Someone in my family dies and I post it on social media and I get tons of messages that read how sorry they are, they are praying for me and condolences. That seems acceptable, right? We aren’t celebrating that person’s life we are feeding into the mess because we are so emotional that we miss the opportunity to celebrate. So we celebrate in other ways by mourning because that feeds our emotions. In fact, it’s positively reinforced because I get more likes than ever before. So what do I start doing? Only posting when something negative happens because it reinforces the behavior and therefore, enhances and attracts other negative occurrences to receive the positive reinforcement of a lot of emotional people.

Another example of this is one of the girls I watch on Youtube is highly emotional and makes tons of money doing eating shows. She’s wildly successful for her unhealthy drive thru eating. You would think no one in their right mind supports this but they do, I do. Hundreds of people will tune in and even more with comment. Most of the time the comments are negative and you would think that would make her stop. Nope, she’s stated that even though she’s gained massive amounts of weight and people are mean she makes so much money off of it that she almost doesn’t want to do any other content. The negative behavior reinforced by positive outcome creates more negative behavior.

That’s what I learned. 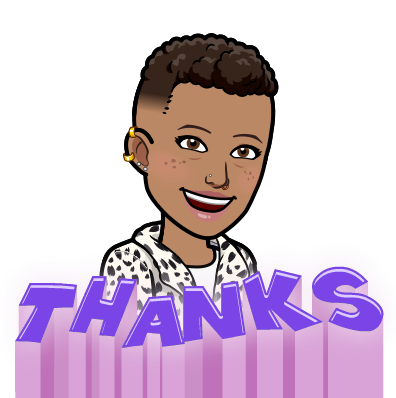