So this is the post I missed a minute ago but I didn’t know which angle I wanted to discuss.

At that time Jesus declared, “I thank you, Father, Lord of heaven and earth, that you have hidden these things from the wise and understanding and revealed them to little children;  yes, Father, for such was your gracious will. -Matthew 11:25-26

I believe this is more so about maturity than age. How many of us know you can be 19 and be more mature that a 50 year old? But not just mature in things of the world but more so, mature in the things of God. I find it interesting that the more mature you are in God, the more child like you are. As you live you realize more and more than you don’t know anything, you become dependent on the Father for everything because you finally realize without Him you can do nothing. Not to mention, children are vulnerable, they dream out loud, they believe that they can do anything. They also believe that their parents are total heros which we as we lose as we get older whether it be by disappointment, abuse, suppression of feelings, projecting their past hurts on us and even more. As teens we get the luxury of seeing the faults of our parents without being in their shoes with no real responsibility and we tell ourselves how different we will be when we become adults but we don’t understand until much later how hard they worked to make it look easy or how much they had to sacrifice to get the outcome they did get. We didn’t know that they might not have wanted that outcome either. We think they have everything figured out, access to all of the tools and the necessary answers and in a way we feel like they are stupid if things do go the way we see they can because we believe everything is at their fingertips but they just don’t do what they need to get it done. We believe that we will when we grow up. How great it is to be a child!

It seems simple but when you are a child, we wanna grow up so bad. We can’t wait to be 10, 13, 18, 21, and 25 and in retrospect, once we pass those landmarks, we wish we hadn’t rushed those years. As teens, we are no longer are encouraged to use our imagination or ask questions, there’s no room for art, music, physical education or anything fun…only money. We are pushed to acquire things and take care of the responsibilities of those things. We are required to make choices about our lives choosing career paths that we aren’t sure about just to fall in line. No one tells us we often get stuck in places we never dreamed about, they don’t fill us in about the compromises, the pressure to measure up, depression, dream killers, backstabbers or the  ultimate misery we end up having to endure due to these acquisitions and its responsibilities. We are told to dream as children and yet when we do, we are told to get our heads out of the clouds. Growing up steals our childhood innocence but oddly enough, we are told that only children inherit the kingdom of heaven. How do we get back there? How do erase all of those horrible experiences that has shaped us into adults? I think we humble ourselves, we forgive, we choose to divest ourselves of our baggage and we become dependant on God again just as Jesus did.

Another version of this scripture I really like is:

Abruptly Jesus broke into prayer: “Thank you, Father, Lord of heaven and earth. You’ve concealed your ways from sophisticates and know-it-alls, but spelled them out clearly to ordinary people. Yes, Father, that’s the way you like to work.”-Matthew 11:25-26

I think it’s intriguing that this language is used. When you look up ordinary it means no special or distinctive features or normal. I know it can kinda come off as an insult but when I think about it I’m not special on my own. I’ve lived a normal life that most can relate to but what makes me extraordinary is Christ. Trust, I’ve given Him plenty of reason to abandon me but He doesn’t and I always marvel at it because if I had to look at my earthly father as a representation of who Christ is as a father, I would’ve thought that it meant to abandon me when I did things that dissatisfied Him.

It also says “Abruptly Jesus broke into prayer,” not when He had free time but ABRUPTLY; even Jesus relied on the Father as a child would. This one states that His ways were concealed from know it alls but not only know it alls, sophisticates as well but He spelled His ways out clearly to ordinary people. If we assigned generations to these three groups then:

Other parts of Matthew 11 it will give us greater context.

Truly, I say to you, among those born of women there has arisen no one greater than John the Baptist. Yet the one who is least in the kingdom of heaven is greater than he. From the days of John the Baptist until now the kingdom of heaven has suffered violence, and the violent take it by force. For all the Prophets and the Law prophesied until John, and if you are willing to accept it, he is Elijah who is to come. He who has ears to hear, let him hear. “But to what shall I compare this generation? It is like children sitting in the marketplaces and calling to their playmates, “‘We played the flute for you, and you did not dance; we sang a dirge, and you did not mourn.’ -Matthew 11:11-17

It’s funny because I talk about this all the time with Sabrina. Her father passed away right before we when to high school and she tells me about how her father showered her with love. I, on the other hand, didn’t have that and yet not based on our earthly fathers we both understand that we truly deserve love and I think that’s because of the amazing love of our Heavenly Father. I’m grateful to be a child of both my earthly and heavenly father. I will be 35 this year, by the world’s standards I’m an adult. I have responsibilities, my heart has been broken many times and there’s been times I’ve blamed that on my earthly father. He isn’t the greatest representation of my heavenly Father but I’ve realized that neither am I. I’ve been guilty of approaching my heavenly Father as I would my earthly one, being led by experiences but I have to learn to become solely reliant on my heavenly Father as a child and then I will enter the kingdom of heaven.

Do you believe that the relationship you have with your earthly father has shaped and molded how you address your relationship with your heavenly one? Let me know in the comments below. I’d love to have a conversation with you. I’m not really a surface person and I think this is a conversation that can go in many different directions such as…based on the relationship with your earthly father do you believe that it has helped or harmed the way you approach romantic relationships? Again, let me know in the comments or if you would prefer me to do a separate post on that topic.

What stage are you? 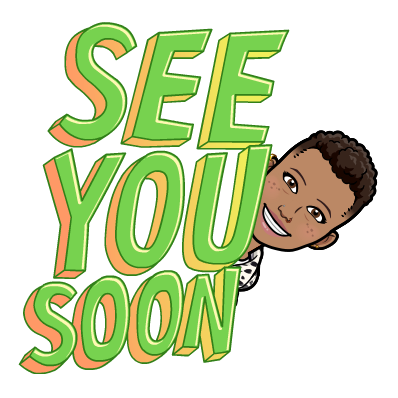