This post is from last week. I was preparing for my lesson and had a funeral to go to and couldn’t find time to post it.

I am disgusted with my life. Let me complain freely. My bitter soul must complain. I will say to God, “Don’t simply condemn me-tell me the charge you are bringing against me.” -Job 10: 1-2

We’ve all been here. Bruh, I’ve been here more than I’d like to admit but I’ve never had to go through what Job did. *Praise break* https://giphy.com/embed/PZYLejA3yCISI

We’ve wondered what we did to piss God off because surely He had to abandon us for us to have to endure all of this. What I’m learning is whatever we may be going through complaining doesn’t help. I know it’s easier said than done. It’s definitely practiced behavior but I do appreciate that we serve a God that we can be real, fully emotional and actually reason with Him; opposed to complaining about the circumstance behind His back.

Job didn’t just get here for some petty reasons though, I don’t want to discount that. He lost his family, friends were laughing at him, his wife even told him to curse God and die, he lost his riches in one day all because of his righteousness. It actually wasn’t because he had done anything wrong but it was because he’d done everything right. Satan challenged God stating that Job was only faithful because he was blessed and God knew was willing to bet on him. So He gave Satan permission to attack everything but Job himself.

The Lord said to Satan, “Have you thought about My servant Job? For there is no one like him on the earth. He is without blame, a man who is right and good. He fears God and turns away from sin. He still holds to his good ways, even when I allowed you to go against him, and to destroy him for no reason.” -Job 2:3

Even after all that, Satan was allowed to afflict Job in his body and the only restriction was that he couldn’t kill him. First of all, how many of us would God even be able to have that confidence in? For real, that’s #Goals. I don’t know if I can honestly say that I would be that person. The thing is what Job teaches is that despite Job going through, was he gonna curse God or not? And we get to witness him being pushed to the edge. He even goes as far as cursing the day he was born and he confronts God but he never curses God. How many of us would curse God and everyone else? I love that it wasn’t just painted over as Job being holier than thou like it was a piece of cake. I’m glad it was shown that his feathers were really ruffled. I’m glad he ran to God because it shows us a blueprint.

So many times when we are going through difficult times, we give up on God first, we run to our friends, our family, our jobs, our own understanding, we never consider that God is bragging on us and we don’t consider running to Him first. We don’t consider how the season is affected when we try everyone but Him and stand on everything but His word.

But what’s even more interesting in this story is that it’s a type of Adam and Eve. I think we can all agree that when man and woman are united they become one; hence, “bone of my bone, flesh of my flesh.” In the garden, Eve ate…and nothing happened. It wasn’t until Adam ate that the world was condemned but here we see Job’s wife curse God and attempts to get him to join her and he rebukes her…

Then Satan went out from the Lord. And he made very bad sores come on Job from the bottom of his foot to the top of his head. Job took a piece of a broken pot to try to cut off the sores while he sat among the ashes. Then his wife said to him, “Do you still hold on to your faith? Curse God and die!” But he said to her, “You speak as one of the foolish women would speak. Should we receive good from God and not receive trouble?” In all this Job did not sin with his lips. -Job 2:7-10

Therefore, had Adam stopped the serpent from speaking to Eve and had he not eaten the apple that was offered there more than likely would’ve been a different outcome for all mankind. The point is: Never think that your actions don’t matter. Job still didn’t curse God and because of that was able to pray to save his friends. We have to do a better job with being steadfast and unmovable in our own faith, whatever it is that we believe in. But even in all this Job had RELATIONSHIP with the Lord and because of that he did question the Him but because he did he had to be ready to receive questions from the Lord was well. Job couldn’t answer them and here’s what he said as a response.

Then Job answered the Lord, and said, “I know that You can do all things. Nothing can put a stop to Your plans. ‘Who is this that hides words of wisdom without much learning?’ I have said things that I did not understand, things too great for me, which I did not know. ‘Hear now, and I will speak. I will ask you, and you answer Me.’ I had heard of You only by the hearing of the ear, but now my eye sees You. So I hate the things that I have said. And I put dust and ashes on myself to show how sorry I am.” -Job 42: 1-6

Be ready! When we are big and bad enough to question the Lord that we are also ready to be questioned. You ready for the Ancient of Days to run some questions up on you? I’m not. As you can see, Job wasn’t either but big ups to him because he got himself together real quick. Who are we not to go through if God brings it to us? We must stay strapped and be prepared to take hold of our faith no matter what may come and if needed run to Him for He is the only one that saves. 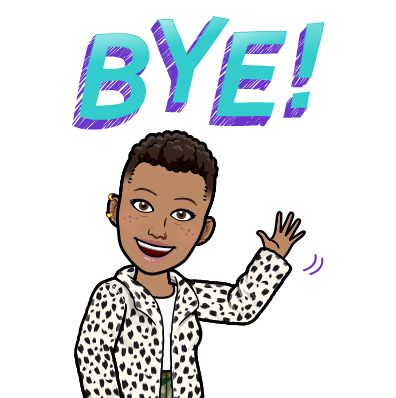