Soooo this morning I slid in my crush’s DM’s. What is the sliding etiquette? I don’t do this on the regular basis and I don’t plan on it. This wasn’t premeditated. I usually wouldn’t be so forward but I was tired of wondering so here’s what happened…I’ve known him since high school but he went to a different one. I was introduced to him by his cousins. His cousins did go to my school and most of them messed with my friends. So when we would hang out on the weekends he’d be there.

Over the years, we flirted but never really talked just kinda been in the same space. When he finally asked me for my number, we spoke and like any person trying to get to know someone, I asked about his relationship status and asked if he was happy and he said…”for the most part.” I left him alone after that. I couldn’t consciously talk to someone who I knew already had someone. At the time, I felt like I would pretty much be asking to be the side chick and that was never me.

He ended up having a baby and I had other relationships as well but when we would run into each other we always flirted. One time we were at a party and we were dancing and let’s just say I was real extra that night with my twerk session. Everyone around us knew we liked each other but it was just dancing, nothing else.

Then about two or three years ago, he randomly slid in my DM’s. We hit it off right away. We had a lot in common and things seemed to be going great. We were making plans to hang out and he was telling me how much he liked where things were going and then he disappeared. I texted him and tried to call him a couple times to find out what happened and that was that.

Until maybe a couple of months later, he resurfaced with a girl. I soon found out it was his child’s mother. I wasn’t mad at that. I would’ve preferred him to tell me how he felt but I had to respect a man that wanted to try for the sake of his family, even though I hated the way it was done. He is a magnificent father and being a product of a broken home, I knew his daughter deserved for them to try. More than that, she deserves for them to be happy together or apart.

They eventually broke up again (nothing to do with me). That appears to have happened months ago but within the last week I’ve been thinking about him a whole lot, maybe because I hadn’t seen him on social media lately. So I slid in them DM’s this morning. It wasn’t like I’m trying scoop him and even if I was, I have absolutely no game but I just had an overwhelming sense to check on him so I did. Here’s the message:

What do you guys think? Should I had just left well enough alone? Was it okay? Was I too available? Do you think I overstepped my bounds? What would you have done? Let me know your thoughts in the comments section. 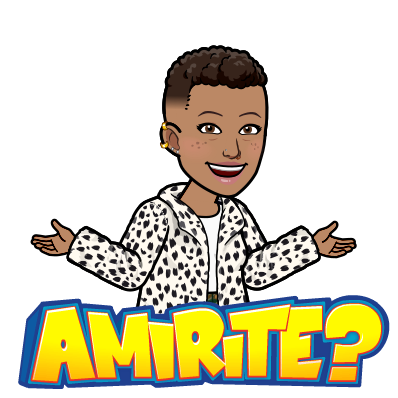 6 thoughts on “Sliding in Them DM’s”