This is a tough one. My interpretation wasn’t intended but I went with it anyway. If you don’t like honesty don’t click “read more,” I’ll see you tomorrow. If you do click “read more,” enter at your own risk. Don’t say I didn’t warn you. So, I didn’t really know what I wanted to write to begin this post. So I wrote whatever came to me after reading the scripture and wrote the intro after a couple of paragraphs.

When I was younger I didn’t have a relationship with God but I didn’t know that I didn’t; I heard God calling me and I thought I answered around 12 years old but I didn’t fully give Him my heart because I wanted a chance to live my life and I wanted to experience it. I thought if I had it would’ve been a very sheltered experience and I didn’t want to rebel against it.

I wasn’t a bad child and I wasn’t fast so I thought I was in His will for the most part but today I can be sure I wasn’t. I say this so surely because I didn’t have a problem being a cheerleader for anyone else but when it came to me…I thought I was selfish and self centered if I cared for myself so I never did. I never did because I would use tired excuses like “He knows my heart.” “He knows the ending from the beginning.” “He has more important things and people to take care of.” So when distress came, I fixed it. I knew enough to understand that He really didn’t know me and therefore He had no real obligation to help me. In my distress, I helped myself and God was just a bystander. Sure, I talked to Him but never called to Him. He didn’t deserve to be used like that.

I was never the girl coming to Him for a quick fix. He was never a genie in a bottle to me. He was someone I could vent to. I always felt like if He wanted to intervene He could or would and if something wasn’t supposed to happen to me, He wouldn’t let it happen but if it did, it was on me to fix it. I didn’t want to bother Him with my issues or concerns. To make matters worse, if there ever was a time I did try to bargain with Him, it never turned out the way I thought it should and therefore, for a long time I thought He didn’t hear me, not so much that He didn’t care about me, but I didn’t hear Him audibly so I figured maybe our connection needed some help. If only there was a heavenly customer service.

There was a heavenly customer service and it was called intimacy. Intimacy requires that I really give my heart to Him which I didn’t do until well into my mid twenties, seriously in my thirties.

I know one time specifically I did call to Him, it was when my grandfather was dying from cancer. A year prior, my other grandfather passed away but he was in North Carolina but this one….this one, was here, where I lived. I’m not saying that to make light of my dad’s father’s death. It was terrifying. During that time, he opted for surgery and we just knew he would pull through. Faith was strong. During that time, his brother died suddenly. My sick grandpa buried his younger brother and died less than a month later.

My mom’s dad came to support, not knowing that he would be facing something similar a year later. Yeah, I called and I called God but it seemed like there were too many calls to hear mine. He died. I watched his eyes and fingernails turn black. I saw a strap placed around his head to close his mouth before rigamortis could set in. I felt his skin turn cold. I was there; I saw his decline, I was there everyday when he was put on hospice. For a long time, I was depressed. The only men in my life who seemed to care about me were gone in less than two years. As horrible as it sounds, I bargained with God. I bargained my dad’s life for theirs. (I’ve never admitted that) It didn’t work.

To cope, I knowingly lied to myself by telling myself that they went to Tahiti. I’m not sure why Tahiti but that’s where they went; to Tahiti because maybe it had to be far enough away for it to be worth them leaving me.

I’m just realizing as I’m writing this that I felt like they left me, perhaps abandoned with someone who despised me. “Why couldn’t they stay instead?” That was my distress call but they didn’t stay and he did and it was the first time I truly felt alone. I hated myself for a long time because they didn’t get to see me get married. I didn’t get their approval of the man that I wanted to take care of my heart. They didn’t get to hand over their mantels/covering to someone who really loved me and so there I was in the world walking around uncovered…for about an hour.

Until I spoke to Elder Tonya, the mother of the church I attend. I’ll never forget the advice I got on the other end of the phone between sobbing uncontrollably, “Your dad gave you want he could give you.” It felt like a cop out, like he was let off the hook easily but my dad didn’t kill them. It was their time and unknowingly it was my time too…to let them go and to let the expectation of my dad go. I told Elder Tonya that I thought that I deserved a dad like Heathcliff Huxtable, not Bill Cosby, but Heathcliff. He was there, he loved his kids had fun with them, taught them lessons on their level, made time for them; My dad definitely wasn’t that. I guess he tried in his own way but that was the problem, it was his way or the highway. My idea of spending time with me isn’t taking me to the movies, watching movies at home and reading the dictionary. It appeared that he was doing everything right on the outside but he never got to know me. He didn’t know my favorite color or what was happening in my life, my favorite song or my best friend’s names or what boy I liked…no intimacy. He never really knew me. There’s that intimacy again.

That advice turned out to be the best I’d ever receive in terms of dealing with my dad. It helped me to see him as a person and no longer a monster who let me down every chance he got. It still didn’t answer why he could be the dad my sisters deserved and not the one I did; but ultimately, it helped me to feel proud of my sacrifice, that somehow he was able to be better for them because he knew what not to do from prior experience with me. That comforted me but it didn’t heal me. What did heal me was years later, after I gave my dad another chance to be just a dad, no longer did I have Heathcliff expectations, just Gregory expectations. I was strong enough to forgive, I was strong enough to be vulnerable but I was also strong enough to set parameters.

The parameters were simple. We can’t get time back but we can start where we are. I’ll make effort but I need reciprocation and don’t want the past thrown my face. That was it, oh and if it was then I was done. He crossed them and I was done.

Did God answer? You be the judge? Did He?

I personally think He did. Since then, I’ve forgiven my uncle and my grandfathers as well as my dad for leaving me. I no longer wish it was my dad instead of them. I believe they deposited so much love while they were here that to ask them to stay simply because I wanted them to, would’ve been selfish. God answered me because all of these men were idols. I relied on their love to determine my worth and when they could no longer give it, I felt worthless. I’ve had to struggle to find worth in me without a man’s validation. I’m not saying that men have no place in my life, not at all. What I am saying is that men want and are attracted to someone who is emotionally stable. I’m stronger than my daddy issues. They don’t want that type of responsibility. It’s Brittany’s job to deal with that, no one else’s. It’s my responsibility to go back to the manufacture and get the answers.

Just like when we have to put a new product together, many of us will try on our own without reading the instructions and will only consult them when we make a mess out of it. I did that and my story shows it. It shows despite all that I’ve been through that my story isn’t over. I do believe that in the end everything will work together for my good, even the things that don’t look so good at face value. I have learned that there are things and people I can’t fix. I can’t make people love me, I don’t want that. I don’t want to have to convince anyone to do right. If you don’t want to do right, it’s best that we don’t force it. I believe He answers in that way for me. I’m not a weak woman willing to put up with anything for the sake saving face. I’m honest with my feelings and sometimes it doesn’t look like I’m winning but it’s honest.

My past distress has become my present confidence and my future’s victory. 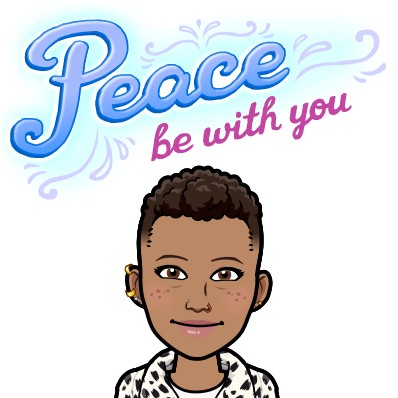