Soooo, ya’ll know I haven’t talked to you since last week. Let’s catch up…

This week is different from the last. Although just Tuesday, I’m expecting great things, possibly because I had a banging weekend. This weekend I went to a Ladies Night which probably had more people closer to my Mom’s age than mine but it was still cool to get out. We had fun people watching. Then Saturday, I went to a Women’s event with my  church. This time it was an outing so we decided to meet up at the harbor, take the ferry to Alexandria and eat at the Chart House. Fancy, huh? Well…not really. I was expecting big things but it was sub par at best. I was told they had a better dinner menu which I guess I’ll have to take their word for because I’m definitely not rushing to go back but it was fun by the end of the day, I ended up soaking wet after getting caught in torrential downpours. Of course, since I was going somewhere fancy or so I thought, I got cute so it was hilarious to me that I ended up ringing wet. Afterward, I got home in enough time to hang out with Sabrina again to support my High School at another P-Chang show. Again, I partied and then Sunday, I celebrated our church’s 12th Anniversary at a pool party at my Pastor’s house. Great weekend if I say so myself.

This next part is long for no reason but oh well…

One thing I will say is that, on Saturday I made a post. This post, by the way, was only posted because it was true statement and it was extremely relevant to me on all levels of relationship. It wasn’t to take jabs at anyone. Don’t get me wrong, I could see how a number of people could fall into the category; but again, that’s what made it relevant and I didn’t want to curtail my posts because of other people’s possible sensitivities. That may sound kinda harsh but no one is actively making sure my feelings are taken into consideration with any action they may have or haven’t done…and in this case, they shouldn’t have to…it’s social media. The whole point is to have an opinion about something…anything.

The intent wasn’t to bash or to inadvertently get something off of my chest. I’m grown. If I have something to say, trust me, I have no problem with being candid with that person. I did inquire with a friend about the tone of the post since a person that could fall in that category liked the post (had they not, I wouldn’t have thought twice about it) and I was called out by my friend! Even when I explained the backstory, we had to agree to disagree. They felt like I did it to get a reaction and even wanted to know what I wanted to accomplish by posting it-they felt that it was something I should’ve taken offline to express directly to that person but I wasn’t even thinking about the person when I did it. As I expressed in recent posts, I haven’t really had as much interaction with that person so it would serve no purpose to direct it specifically toward them, unless I wanted to make myself look stupid, immature and/or petty.

Don’t get me wrong, I love that my friend felt comfortable enough to express themselves without feeling like they had to be a “Yes person,” so I appreciated the honesty, but this was truly random and at best, up for interpretation-no names were mentioned so I kinda felt like, “If the shoe fit..” which it just so happened to but I felt like that person could speak up if they felt some type of way about it but you let me know. Would you have posted it or naw?

And maybe I’m dissecting this a little too much, but I’m not gonna lie, I felt some type of way in that why is it okay to post about people being crazy or thirsty, injustices, education, possessions, even what they had for dinner but when we reaffirm ourselves with something other than being bosses then it’s something that should be taken offline? I don’t agree with that. I could understand if it was super serious, relationship altering situation but this clearly wasn’t that and besides that, art should make you feel something, right? Aside from that, I think that good people need to be encouraged to keep it up so that they know those characteristics are valuable even when they aren’t celebrated or when it looks like everyone else is winning but them.

I can’t speak for men, but for females, even when we felt like we did everything right, no matter what type of relationship it is, we tend to go inward and pick apart our contribution. We ask ourselves “What’s wrong with me?” “What did I do wrong?” even when we did everything right, even if we gave our beating heart, we will still think it’s us and someone should say that they aren’t alone and that sometimes it is the other person that fell short and that’s okay because maybe we were suppose to take different paths.

What do you think? What I will say is that because of my friend’s reaction toward it, it did cause me to second guess if I should’ve posted it, if I should delete it and if it cost me to miss out on that relationship. Ultimately, I was concerned and realized that if a true statement could derail things then it wasn’t that strong anyway. Y’all know I like to talk so before I go on and on…that’s tea. 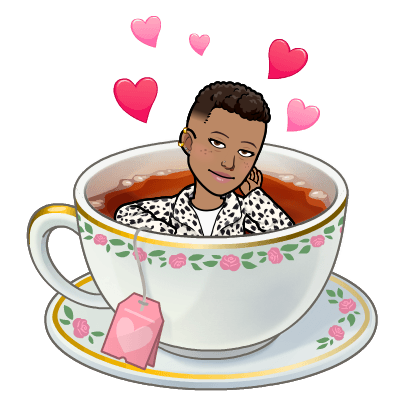