Y’all I finally got my computer fixed thanks to the WordPress staff so no more excuses of why I haven’t or couldn’t post. If I had to give you all a snapshot of my life in a couple of words it would be…Work in Progress. Unfortunately, I can’t always say that I’ve done the work. As I look back over 2018, I’m caught in the middle, a part of me is excited at the risks and experiences that I’ve endured this year and another part of me is disappointed because I thought I would glow up this year, to be honest.

I know you’re probably thinking who would admit that but honestly, I thought this year was gonna blow all other years outta the water but there’s a lot of times where I felt that I was just holding on by a thin thread. I guess that’s what happens with a lot of resolutions…life. Anyway, how are you?

The other day I completely had a breakdown in less than 15 minutes. I had a good day all day and on the way to the gym which is literally up the street, it went from “You haven’t done all that you thought you were this year, that’s pretty disappointing.” to “Lord, do you love me?”  I’m grateful that the minute I said that it caused me to come to myself and I realized that yes, a lot has happened and hasn’t happened but to rehearse and doubt God’s love is outta pocket. I walked in, put my bags down and overheard my old supervisor on the phone talking about an old friend (usually I don’t ear hustle but this day it was for me). This old friend ran a dance company for 22 years and was a prima ballerina. This same friend was only 52 and was living in a senior home because she was paralyzed from MS. My supervisor was telling the person on the other end of the phone that she visited her and she was working on her second book and trying to find someone to do her headshots. Instantly, I asked for forgiveness and ran for 15 minutes in honor of that woman who no longer could.

I went on to work out and mid way through I had to thank my old supervisor and apologize for ear hustling but I wanted to encourage her and I’m telling you because I want to encourage you. Even when you don’t know you are ministering, you are. She didn’t know she was saying exactly what I needed. In the car, I was looking at everything that had gone wrong, every failure but that simple story showed me I needed to remember what had gone right and the things I should be grateful for.

A couple of months ago, a woman that I never knew but meant so much to me passed away. She never knew how much I looked up to her and these were her final words.

Love each other and find something everyday to be grateful for. We are what we focus on so if I focus on negative, there it is waiting to infiltrate my whole life and the same goes for the positive. It’s not hard to be positive, it’s just easier to be negative but you’re worth the positive. Facts are that God loves me, that He never abandoned me. No matter what it looked like, no matter if everyone else did. God didn’t use it as an excuse to follow the crowd. He isn’t like man and no matter my accomplishments or my failures He doesn’t use it as a measuring stick of His love or mercy and I know that but it’s easy to lump Him in with everyone else who operates like that.

Yesterday at bible study we looked at Galatians 3:1-4

You foolish Galatians! Who has bewitched you? Before your very eyes Jesus Christ was clearly portrayed as crucified.  I would like to learn just one thing from you: Did you receive the Spirit by the works of the law,or by believing what you heard?  Are you so foolish? After beginning by means of the Spirit, are you now trying to finish by means of the flesh? Have you experienced so much in vain—if it really was in vain?

It felt like it was directed at me. I’ve known Jesus. I’ve walked with Him and have witnessed miracles. It was foolish of me to think I could be separated from His love, even if it was only for a split second. I have to work on my self talk. I have to get better about being so willing to give up when things look contrary than I thought they would. If I have any resolutions for next year, it will be that.

What about you? How was your self talk this year? Could it be better? Let’s talk about it in the comments below. 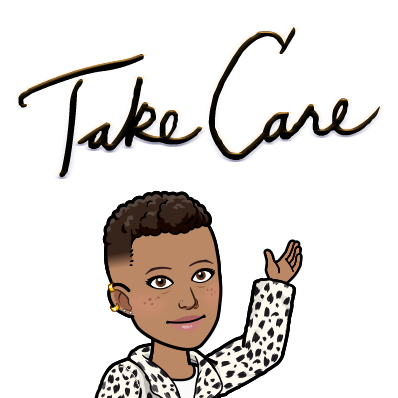